The stage greeting was on stage a lot of people involved, regular actors, Haruka Shimazaki of AKB48, Ken Shimura is a big shot comedian, and, Akihiro Hino who is the President of level five.
Mr. Hino told a willingness to overseas expansion. “In the future, I want to create a mechanism that allows study of children around the world. Using the mechanism, we finished the plan to expand abroad. TV broadcast of” YO-KAI Watch “is all over the world beginning you ”
Indeed, “YO-KAI Watch” There are very popular in Japan, but it is unknown in overseas. What would become a problem in performing overseas? 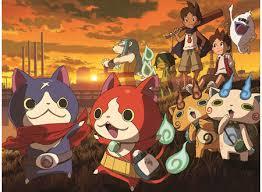 ◆What are the three issues in the overseas expansion of “YO-KAI Watch”?

1. Concept of “specter”
Overseas, the title is “YO-KAI Watch”, the main character will be referred remains of the original as “JIBANYAN”, “WHISPER”. But other specter seems to appear by changing the nickname.
To begin with, the character of “YO-KAI Watch” is a character that created a new image from the folklore that everyone know if Japanese. It does not know if it is not to try, whether-class this character other than Japan.
However, dark world of Japanese color has accepted cases in the world, a dozen years ago, as “Spirited Away” was successful.
2. Understanding of Japanese culture
“YO-KAI Watch” is a story, the main character is a Japanese boy, the stage is school and home of Japan. And parody of a few decades ago of popular culture has become a popular cause, such as “Sazae-san” and “Kinpachi teacher”.
For this reason it is considered to be confusing to people overseas, compared with Pokemon that to adventure around the world in the boys only, and Dragon Ball that will become stronger in the universe level.
Mr. Hino told to these questions, “must be changed Japanese specific jokes, such as do not know only in Japanese, however, do not change jokes, such as can be appreciated even non-Japanese”. 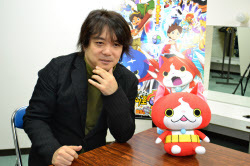 （Level Five, Inc. President and CEO, Akihiro Hino）
3. Litigation risk
Is not limited to games and animation, there is litigation risk as a wall confronting when companies to advance out of the country.
In Pokemon animation, there was a monster called “Yungera”, it was inspired from psychics “Uri Geller”. But is filed a lawsuit from real Uri Geller, is now Yungera does not seem to much appearance.
Charm of “YO-KAI Watch” is is to parody other work, if it was borrowed content overseas, there is a risk that is posed one after another lawsuit in such copyright and portrait rights.

Although there are challenges, such as those mentioned above, cross-media strategy in Japan of “YO-KAI Watch” is a deliberate, it is likely to run elaborated a significant strategy even for overseas expansion.
US Wall Street Journal argues, “although overseas are at increased risk, as viewed from the deep-rooted popular Pokemon, there is a possibility of obtaining a popular similar titles in Europe and the United States.”
After a few months or after a few years, it is familiar to children all over the world “YO-KAI Watch”, and also become familiar with Japanese culture at the same time, we are very happy.